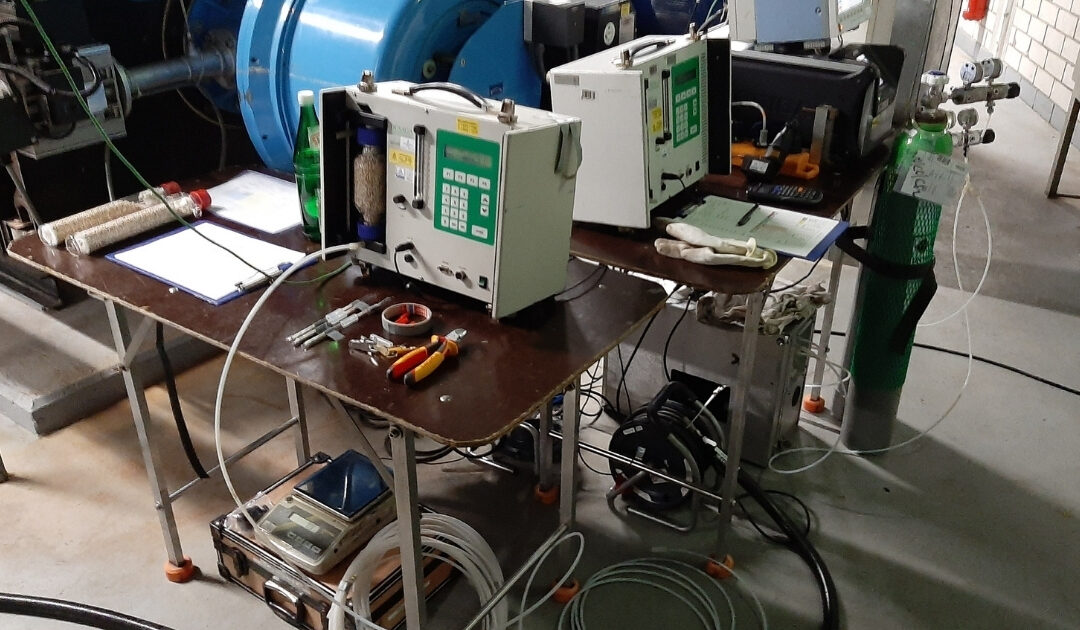 Pure variety – my job as an air quality technologist and expert for emissions testing and air quality monitoring has a few advantages. I’ll tell you what they are in my blog post.

My “career” began with an apprenticeship as a metalworker or – as it is called today – construction mechanic. My training company was a small three-man firm in our neighboring town where everyone knew each other – as is still common in the foothills.

This decision brought me to Cologne Ossendorf in 2012 where I became part of the sheet metal prefabrication department in a large production facility. I stayed there for eight years and was able to celebrate my first professional successes. So I later became a technical supervisor and completed my further training as a mechanical engineering technician on the side.

How did I end up at TÜV Rheinland?
Basically, I had first toyed with the idea of making another career change a little over three years ago. So it happened that a good acquaintance told me about his job at TÜV Rheinland Energie and promptly tried to encourage me to apply for emissions testing/air quality monitoring.

At that time, I was still very skeptical about it – for several reasons: my advanced training had not yet been completed, the position in the area of emission testing was completely unrelated to my field, and in addition, “the TÜV” was a big name and I initially did not have confidence in being able to work there.

But after the idea matured for a few years and the diligent colleague steadily reminded me that the job might be for me after all, I took the plunge and applied for air quality monitoring.

Job interview above the rooftops of Cologne

So there I was, sitting in the TÜV skyscraper, which I had often admired while crossing to the “Schäl Sick” (“wrong” side of the Rhine), waiting for my job interview with a view over Cologne.

Without wanting to ingratiate myself with my current superiors – TÜV Rheinland has already shown its best side here. I received a friendly welcome, they were prepared for me and took plenty of time to first introduce me to TÜV Rheinland as an employer and to explain what I would have to expect later on, should the interview be successful for me.

As you can imagine, the interview was successful for me – and so I embarked on a career path that I would never have thought possible.

What do my days look like now, what has changed?
The main thing that has changed is that I am back in field service and have a lot of contact with customers. It’s a bit like at the beginning of my career. That’s probably one of the reasons why I decided to take the step to Cologne Poll. The isolated, yet monotonous work in production no longer corresponded to what I wanted from my everyday life. In any case, I can no longer complain about a lack of variety whenever I go out to the measuring stations with my colleagues or on my own.

No two days are the same, and I get insights into companies and industries that I would otherwise never set foot in.
Among other things, that’s what makes this job so appealing to me. Not only do I see where the electricity or heat for an office building comes from, but I also learn how old tires are turned into soles for Birkenstocks or how ceramic tiles are made for smelting furnaces.


What you should know about the job as an air quality technologist:

But what you need to know about working in emissions testing/air quality monitoring is that it’s not done with just a relaxed drive from customer to customer. 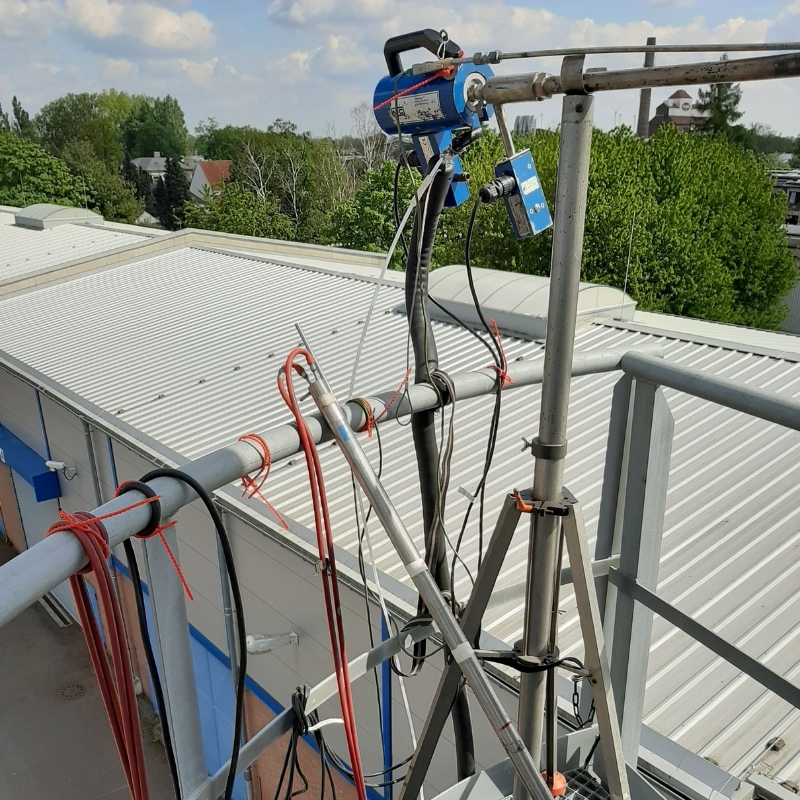 Even the simplest measurement setup consists of a multitude of cases, equipment, and gas cylinders. Everything has to be set up, connected, and calibrated near the actual measuring point. This is a procedure that is often repeated, varies greatly (each exhaust gas component to be measured requires special equipment or a separate sampling procedure) and always involves a lot of energy. This means that a setup can take place at a height of 20 meters or more, or you can be standing right next to a 12-cylinder gas engine in the basement of a hospital, and all of this at a comfortable 35 degrees in winter. Anyone who doesn’t mind, however, will have a helpful and grounded team at their side which also made it as easy as possible for me to get started.

The days are varied and you travel all over Germany.

That doesn’t have to please everyone, but personally I’m happy to have a project in Rhineland-Palatinate for a change after spending two months on the road in North Rhine-Westphalia.

In addition, the regular evaluation of the acquired measurement data and the associated time spent in the office helps to balance the days spent out in the field. Because that, too, makes up a large part of an air quality technologist: Evaluating data and writing reports.

All the many facets need time to get used to, and I have been given this time. There may come a day when you find yourself alone with customers and don’t know how to help yourself, but we are well connected among our colleagues. And there was always a lot of understanding among the staff for the initial problems of the newcomers, and I was never let down. 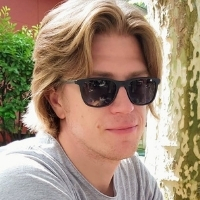 Alexander Heppner is an air quality technologist in the field of emission testing/air quality monitoring. The Bergisch-Gladbach native focuses on emission measurements at small plants. His career tip for you is: Don’t throw in the towel. With routine and experience comes the fun of the challenges of our profession. Even if it can be difficult to get started, it’s worth sticking with it and celebrating success after the first hurdles.