After Corona: Finally back in the training company 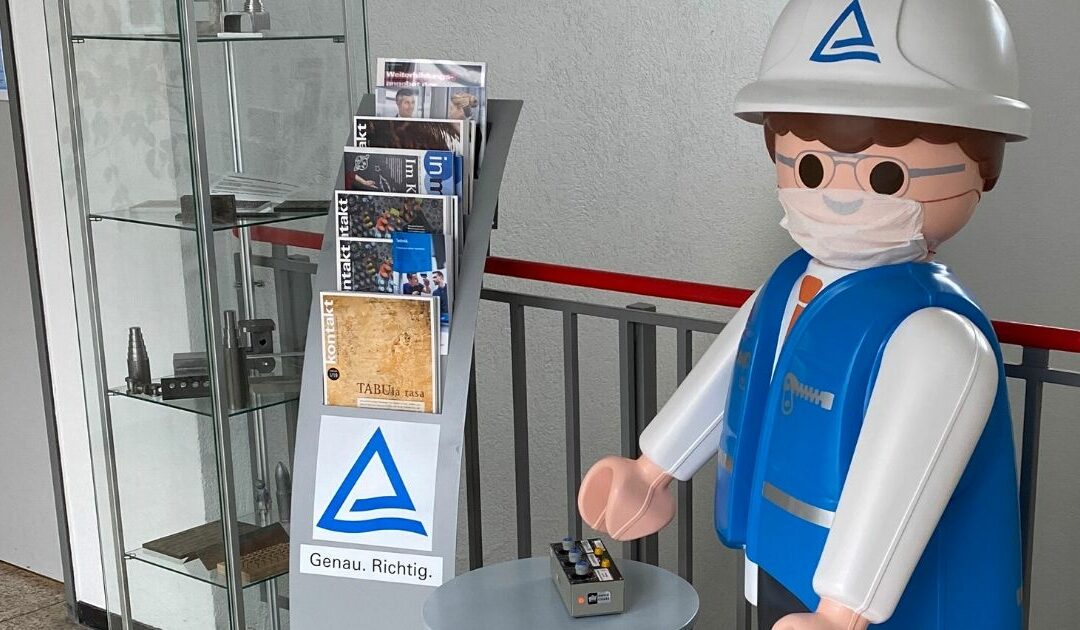 For almost three months, no one, except for the cleaning staff, stepped through the gates of the training workshop. A long time… Now we’re back! The hardest part is done. The time in the home office has been successfully overcome. Everyone stayed healthy, that was the most important thing. You can read about how we fared in the training workshop in the last few days before Corona and how we set up a digital training in a few weeks in part one and part two.

Despite the joy of reopening the training workshop, we trainers knew that a new challenge was now ahead of us. Ten trainees, two trainers, spread over three rooms – not possible due to the tightened hygiene regulations. However, luck was on our side, as the second vocational school block for the first year of apprenticeship was about to begin. That still leaves six trainees and two trainers – still too many.

But a solution for this also seemed to be in sight. The trainer from Deutz AG, our cooperation company, contacted us and said that he could take on three second year trainees for the planned CNC course (Computerized Numerical Control – a programming and milling course for the electronic control of machine tools). This message was right on cue.

The first day. The trainers and trainees came to the training workshop with a grin. It’s strange, all familiar and yet so strange. The first step was to educate the boys about the hygiene rules: Keep distances, always sit alone at a table, wash your hands several times a day and only use the tools provided for your own use. I misplaced a screwdriver and want to borrow the neighbor’s? That was no longer possible. The lunch break now had to take place at the workplaces in the theory room. The break room was unfortunately not usable due to the limited space.

The next step was the maintenance of the machines. Three months of service life without the usual checks have left their mark. Cooling lubricants had to be replaced and machine parts had to be relubricated and greased. First day and directly a job that involves a lot of dirt and mess. But the boys didn’t care. Finally, handicraft work again! Not just sitting in front of the PC or looking at books. Slowly a feeling of normality returned.

After the machine maintenance we went back to preparing for the exam. Due to Corona the FE1 (final exam 1) was moved to autumn. Therefore we now focus solely on this. The trainees were again full of motivation. They started right away and despite the lengthy period in home-office they had little trouble finding their way around their practice facilities. Our digital education from home has obviously worked.

The return to the training workshop went smoothly despite initial concerns. However, this was only possible through good planning and teamwork. Now we have to keep our fingers crossed that no further corona wave is approaching us and that everyone remains healthy.

Marco Weber’s job is to introduce young people to the world of work. To provide them with professional, social and also personal skills and to deepen them. His core activity is to promote the trainees’ professional ability to act. His career tip for you is: “Nothing comes from nothing”.